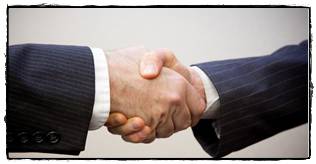 Lately, we have been able to inform you about interesting acquisitions that have occurred in the iGaming industry. Mainly it has involved various casino companies buying each other up, but even if larger groups which buy companies operating information pages at the online casino. This is to be able to market their own online casinos so, largely based as possible and at the lowest possible costs. Yesterday, May 24, 2016 announced a new takeover but this touched either casinos or affiliate companies. Instead, it was about an affair between the two game makers. Playtech announced namely, that it was going to buy up the game manufacturer Quick Spin.

So it was yesterday as news of Playtech’s new acquisition was announced, and it is a business which roughly gives owners of Quick Spin. However, it is “only” 240 million that will be paid out in the first stage. The rest of the purchase price based on future revenues Quick Spin expected to do. The deal will probably not be noticeable to you, the player, and the team behind Quick Spin will be working on as usual stuck in Playtech’s regime.

One can truly say that Quick Spin made a rapid career in the iGaming industry since the company was founded as recently as 2011. In just five years it has gone from being a start-up company to become a gaming manufacturer to be reckoned with and which now valued at a half a billion. And you as the player is said to have tried on slots from this manufacturer once or twice. Quick Spin is namely the creator of the famous casino games such as The Wild Chase, Second Strike and Sevens High. It seems that the Swedes are really good at this by creating compelling games for the online casino. Get the well, for example, have failed to note the success Net Entertainment done in the industry. Although Thunder Kick whose game can be seen all around online is founded by technology geniuses.

When it comes to Playtech so this is an industry-leading company with over 5000 employees. Playtech was founded in 1999 and has in other words been involved since casino became available online. The company is also listed on the London Stock Exchange where the price per share is currently at 853 GBX which is equivalent to 103 Swedish kronor. For those who are interested to invest money in the casino companies, there is of course option when it is possible to buy shares of both Leo Vegas and Winner Casino. But the future of Playtech look to say the least bright, and with the acquisition of Quick Spin create an even stronger foundation. Playtech owns no less than 130 different licenses worldwide, the company’s solutions are used by hundreds of different online casinos. Much thanks to the brilliant software that both allows games for casino, poker, live casino and sports betting. Users of Playtech’s software do not limit themselves at all, but can offer its players over 500 different games. In addition to the 50 new games on the year, which means that the portfolio is constantly increasing.

You who have been with me in the turns is certainly also an eye on the Playtech recently acquired game manufacturer Ash Gaming giving the company an even better edge over competitors. For it is at least a competitive industry where everyone wants a piece of the cake, the game makers, to casino operators and affiliates.